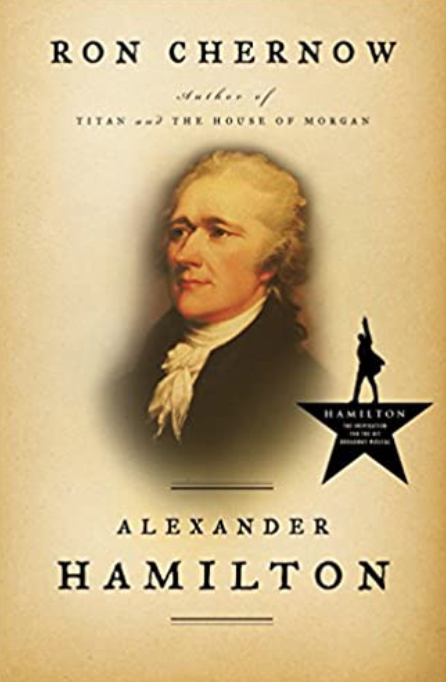 I still remember the first time a friend alerted me to the existence of Hamilton the musical. “You should check out this soundtrack. It’s right up your alley.” “What, is it a podcast?” I asked. Friends are always recommending podcasts to me. This is how my friendship with Alexander Hamilton started.

When this pandemic hit Ohio starting in March, I had realized that I was grossly undedicated as a history scholar for not having seen Hamilton. Not only is it a musical based on history (HELLO!), but it was history-making, too. George Washington played by a Black man? Hamilton played by a man from Puerto Rico? What? I was hoping that there might be a version released on YouTube, much like Benedict Cumberbatch’s Frankenstein and the special showing of Phantom. I did find a bootlegged version and I watched the whole thing. Even with no clear facial features, I fell in love. Hard. But, alas, no way to watch.

Then the announcement came out that Disney+ would be releasing “Hamilfilm.” My chance had come at last. Now…how to prepare? It being a quarantine-style pandemic, I did what any naturally crazy person would do. I decided to read the book that inspired Lin-Manuel Miranda to create the musical, Ron Chernow’s Alexander Hamilton.

OK, so, I didn’t READ the book, per se. I listened to the book via one of my other great loves, Audible. All 35 hours of it. There are a LOT of details in this book, my friends. If you want to know every single product that Hamilton may have seen in his clerk days in the West Indies, this IS the book for you. Still, I think I absorbed it as well as if I had done the reading myself.

My other confession is that I pretty much bawled through the last two chapters. Spoiler: the hero of the story dies.

Somehow, I had never learned about all of the amazing things Alexander Hamilton did. My only real knowledge of him was from the HBO John Adams series, where he is portrayed as rather sniveling compared to Adams and the broody Jefferson. The series presents Hamilton as a man who pretty much only cares about pretty uniforms and writing mean things about Adams in various newspapers. Now, Hamilton did like himself a pretty uniform, but that’s not the point. From defending the Constitution to creating the first National Bank, Alexander Hamilton may actually have done more to make this country what it is today then Washington. I know, it seems like heresy, but Chernow makes a good case for it.

So why don’t we learn more about Hamilton? Why is it always Washington/Franklin/Madison/Jefferson/Adams? Well, here is another good case Chernow makes. Hamilton even during his own times was often dismissed because he was born in the West Indies. Even though he came to the US as a young man. Even though from almost the time he touched feet to earth he fought for American independence. Even though he did all of the things I mentioned above. Even though all of that, he still was not “one of us.” Add to that his illegitimate birth and you have a bifurcated rationale for dismissal that he was never able to overcome. Even after everything he did, when he was close to 50 years old, he had to deal with people coming up to him and saying, “Oh…President Adams is always calling you the bastard.”

Talk about a lack of support. I think it may have been this underdog sensibility that most inspired Miranda. “Thanks for everything you’ve done for us but um, if it’s cool we’re going to kind of write you out of history because you’re a foreign bastard. Bye!”

Now here is where I disagree with Chernow. I’d love to hear your thoughts. Chernow repeatedly disavows the idea that Hamilton went to his duel with Burr as a suicidal mission. Even though we have Hamilton’s written word that he was going to throw away his shot, Chernow insists that Hamilton was too ebullient in his last days to contemplate suicide. I am not convinced, and it’s for the reason I mentioned above. Many people who should attain greatness but who are denied because of some meaningless facet of their lives cannot handle the injustice. Hamilton’s life was a steady (and I mean steady) trial of defending his honor, either on account of his lineage or on account of his foreign standing, or sometimes both. I think he got exhausted. At 49 I think it was becoming clear to him that he was never going to be given the nod that was given to his rivals. His finances were a mess, ironically.

I hypothesize that Hamilton thought, “Look, very few people like me, but if Burr kills me, even fewer people will like him, and his political days will be over. I can take him down with me. My family will get sympathy from far and wide, which will give them economical support too. And I will finally get some peace.”

I rewatched the HBO Adams series as I was finishing up this book, and while Chernow is most certainly biased in favor of his subject, it is quite interesting to see how so much in the series sweeps over what REALLY happened with Hamilton. Now, of course, I understand that the series is historical fiction (no, really, I do). However…it seems to lend credibility to the idea that Hamilton is still an outsider. Posthumously, he continues to fight for his place in American history.

So, now, I am a day away from being able to finally watch Hamilfilm, and I have a historical context to boot. If you are a fan of the musical and if you even kind of like history, I think you should at least check out Chernow’s work. It is long and at times laborious, but you also get to see a fully realized tale of Alexander Hamilton, complete with music in your head.

Let em know what you think of it if you read it, or if you have read it.