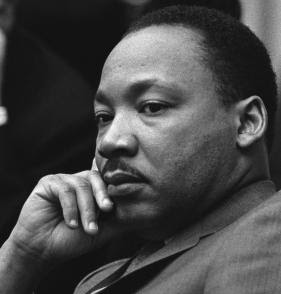 Monday is a day we mark as Martin Luther King Day. Federal offices and schools have the day off. Banks are closed.

It seems like Martin Luther King Day, or as so many commercials refer to it, “MLK Day,” is becoming another day to consume. To buy. It’s like Memorial Day. Or Veterans Day. “Go out and buy, people. That’s what today is for!”

What I’ll think about on Monday

Man I wish we had a person like that today.

The Dream has not been realized

A lot of people said that when Barack Obama became President of the United States, Martin Luther King’s dream was coming to fruition. I asked around, on Facebook and on Twitter, trying to find out what people think MLK would say about society if he was still around today. I wanted to see if anyone would say, “Oh, all of my dreams have come true.”

The responses were almost unanimously the same. “We’ve come so far, and we have so much further to go.”

You can carry that sentiment to the world stage, where we are talking about the shootings in Tuscon, the war over immigrants coming into the United States from Mexico, and the general pall of incivility that looms over Washington, D.C. But you can also see it on a smaller stage – on this online stage. There are so many people who use this tool as a way to pick at people, as a way to spread hate and maliciousness, as a way to tear people down. Every time that happens, it shows us how far we are from Dr. King’s dream coming true. It’s not just about race. It’s not just about creed. It’s about all of us together.

It’s so entirely not about getting a mattress at 40% off.

Think about the future

I don’t want to see that future. In fact, I have a dream that it won’t happen that way.